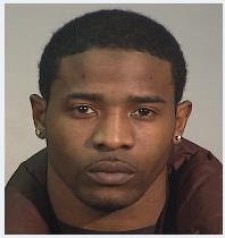 Acting Brooklyn District Attorney Eric Gonzalez today announced that a 33-year-old Brooklyn man was sentenced to 90 years to life in prison for killing three people, including a 76-year-old innocent bystander, near a New York City Housing Authority Complex in Fort Greene in September 2015.

Brooklyn Press Release -  Acting District Attorney Gonzalez said, “This defendant chose to settle a score with a gun, killing two men and tragically striking a senior citizen who just happened to be in the area, killing him too. This ruthless violence makes the defendant unfit to be part of our community, and today’s sentence ensures that he will spend the rest of his life behind bars.”

The Acting District Attorney identified the defendant as Allen Cooper, 33, of Fort Greene, Brooklyn. He was sentenced today by Brooklyn Supreme Court Justice Neil Firetog to 90 years to life in prison following his conviction last month on three counts of second-degree murder and one count of second-degree criminal possession of a weapon after a jury trial.

The Acting District Attorney said that, according to trial testimony, on September 20, 2015, at approximately 1:45 a.m., the defendant approached Lacount Simmons, 39, and Calvin Clinkscales, 43, as they walked on Fleet Walk near the Ingersoll Houses in Fort Greene and fatally shot them. Simmons was shot in the head, back and torso, and Clinkscales was shot in the head and torso. The third victim, Herbert Brown, 76, was struck in the abdomen by a stray bullet.

According to the evidence, the defendant was arrested on April 22, 2016, in an apartment in Fayetteville, North Carolina, after an anonymous caller told the New York City Police Department where he was staying. The suspect was also captured on video surveillance near the Ingersoll Houses running from the scene of the shooting.