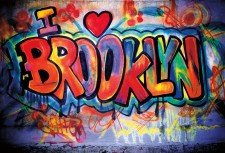 Brooklyn Pedestrians are no longer safe today due to a senseless shooting near the Barclay Center on September 20, 2017. For Matthew Passaro, 45, safe streets for Seniors was a program under measurement when the shooting took place leading to his indictment of the shooting death of victim, 47-year=old Stephen Vargas.

Acting Brooklyn District Attorney Eric Gonzalez today announced that a 45-year-old man has been indicted for murder in connection with the fatal September shooting of a Staten Island man.

Acting District Attorney Gonzalez said, “This defendant allegedly executed a completely innocent stranger in the middle of a busy street for no reason at all. I now intend to hold him accountable for this wanton and senseless killing.”

The Acting District Attorney identified the defendant as Matthew Passaro, 45. He was arraigned today before Brooklyn Supreme Court Justice Neil Firetog on an indictment in which he is charged with second-degree murder and second-degree criminal possession of a weapon. He was ordered held without bail and to return to court on February 23, 2018. The defendant faces up to 25 years to life in prison if convicted.

The Acting District Attorney said that, according to the investigation, on September 20, 2017, the defendant was walking on Atlantic Avenue in Boerum Hill, Brooklyn. He came upon the victim, 47-year-old Stephen Vargas, whom he didn’t know, and started yelling at him.

After exchanging words with the victim, the defendant went around the corner, changed his clothes, went back to where the victim was standing and, at about 8:20 p.m., shot him multiple times outside 578 Atlantic Avenue, killing him, according to the investigation. The defendant fled and was arrested on November 1, 2017 inside the Port Authority Bus Terminal in Midtown Manhattan. A loaded .45-caliber pistol was recovered from the defendant. A microscopic analysis of the recovered gun and ballistic evidence from the scene of the shooting determined that this was the same gun used to kill Vargas.