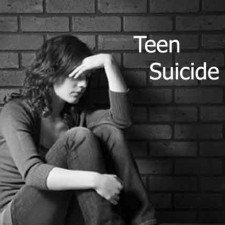 Military Veterans will form a new New York State Suicide Prevention Task Force within the local governments, not-for-profit groups, and other recognized experts through out the state. The Task Force will explore methods on how to address bullying/cyber-bullying, that negatively impact an one's mental health and in some cases have caused a number of children and young adults to commit suicide.

Focused on Prevention in High-Risk Groups Including Adolescents, Veterans and LGBT Community

"The rise in the number of suicides nationwide is unacceptable, and New York will continue to make suicide awareness and prevention a top priority until we put an end to this epidemic," Governor Cuomo said. "The Suicide Prevention Task Force will focus on high-risk communities and groups to build on our efforts to address this challenge, and help build a stronger, healthier New York for all."

The Task Force will be co-chaired by Christopher Tavella, PhD, Executive Deputy Commissioner of the New York State Office of Mental Health, and Peter Wyman, PhD, Professor Department of Psychiatry at the University of Rochester School of Medicine and Dentistry. A full list of Task Force members can be found here.

Task Force members will examine and evaluate current suicide prevention programs services, and policies. Members will then make recommendations to increase access, awareness, and support for children, adolescents and adults in need of assistance. The Task Force will also explore methods to address and prevent bullying and cyber-bullying, which negatively impact an individual's mental health and in some cases have caused a number of children and young adults to take their own lives.

A Focus on High Risk Groups

The Task Force will focus on suicide prevention targeting high-risk demographic groups and special populations, including members of the LGBT community, veterans, individuals with mental illness, and individuals struggling with alcohol and drug use. Veterans in New York State represent more than 15 percent of suicides, while nationally, LGBT adolescents are four times more likely to have attempted suicide than their non-LGBT peers.

Other high risk populations include middle-aged men and Latina adolescents.

New York has the fifth largest total number of suicides in the nation, with 1,652 in 2015, and it is estimated that for every suicide death there are 25 non-fatal attempts. In 2014, there were more than 21,000 hospitalizations and emergency department visits for self-inflicted injuries in New York State, and adolescents made up a disproportionately high number of these injuries.

The formation of this Task Force makes good on the Governor's promise to prioritize suicide prevention and address the need for increased awareness of support services in every community across the state.

Ann Marie T. Sullivan, M.D., Commissioner of the NYS Office of Mental Health, said, "With a problem as complex as suicide, it is critical to have a well-coordinated, collective effort that includes our health and behavioral healthcare systems, as well as our schools, communities and other stakeholders. The Governor's Task Force will help us to collaborate and share the best available information and practices."

State Education Commissioner MaryEllen Elia said, "The sad reality is that suicide is the second leading cause of death among young people and it is a tragedy that reverberates throughout the entire community. Through our continuing partnership with the Office of Mental Health and now with the Suicide Prevention Task Force, we can—and have to—reduce the number of suicides and promote mental health across the state."

Howard Zucker, M.D., Commissioner of the NYS Department of Health, said, "It is a tragedy that we are seeing more, not fewer, suicides in New York State, especially among youth and older adults. The effects of these losses ripple through families and communities. The Department of Health is committed to working with the Task Force on devising prevention strategies, increasing access to behavioral health services, and improving quality of life for all New Yorkers."

Department of Corrections and Community Supervision Acting Commissioner Anthony J. Annucci said, "DOCCS is focused on supporting our hard-working men and women who spend their work hours in sometimes difficult and stressful environments while also trying to balance the many challenges in their personal lives. Through staff training and critical incident stress management teams, the Department has created a culture of awareness on how to quickly address and respond to suicide factors. We all look out for one another because suicide is preventable."

State Police Superintendent George P. Beach II said, "Our Troopers witness the heartbreak and devastation left behind when a person chooses to take their own life. We are committed to working with our task force partners to examine the causes and find solutions that will help support those who are in need of assistance."

Office of Temporary and Disability Commissioner Samuel D. Roberts said, "Governor Cuomo strongly believes in protecting our most vulnerable citizens, and providing support to them is key in that effort. This Task Force will examine and evaluate the causes of suicide across all spectrums, and coordinate services in order to ensure that individuals at risk have access to effective support and treatment."

OCFS Acting Commissioner Sheila J. Poole said, "OCFS is proud to serve on this critically important task force. Sadly, depression, addiction, media influence and other factors have led to a tragic uptick in suicides among youth in recent years. We are committed to redoubling our efforts in coordination with our sister state agencies on this task force to prevent young people from taking their lives."

Office of Alcoholism and Substance Abuse Services Commissioner Arlene González-Sánchez said, "Sadly, for many people, suicide and substance use disorders are linked, and the approach to their care needs to reflect this reality. The NYS Suicide Prevention Task Force will strengthen our ability to provide the comprehensive care that vulnerable New Yorkers need."

Greg Olsen, Acting Director of the New York State Office for the Aging said, "I applaud Governor Cuomo for his leadership in creating the Suicide Prevention Task Force. A major public health concern for older adults is social isolation, which often leads to poor health, depression, and a heightened risk of suicide. This coalition will increase awareness and access to the vital behavioral health services that older adults need to remain healthy and engaged in their communities, and supports the Governor's strong commitment to make New York the first age-friendly state in the nation."

OMH's Suicide Prevention Office was created in 2014 to coordinate all OMH-sponsored suicide prevention activities. The SPO also funds the Suicide Prevention Center of New York, which provides free or low-cost educational and training sessions to individuals, agencies, schools and community groups to raise awareness and reduce the incidence of suicide in New York. Information is available online at: www.omh.ny.gov/omhweb/suicide_prevention.