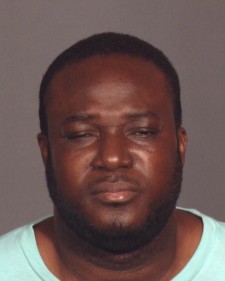 Selfie related injuries and deaths in which one or more subjects of a selfie were killed or injured, has convicted a Brooklyn driver yesterday. Damian Bailey, assaulted a Fresh Direct driver after the victim took a picture of the defendant's license plates. If the victim having taken a photo of evidence at the scene,, then at least in part the distraction attributed to the taking of the photo.

Press Release -  Acting Brooklyn District Attorney Eric Gonzalez announced yesterday that a 36-year-old dollar van driver has been sentenced to three years in prison following an assault conviction for striking a delivery truck driver with a rubber mallet, causing broken vertebrae, after the two got into a minor motor vehicle accident.

Acting District Attorney Eric Gonzalez said, “This defendant inexplicably escalated a minor traffic incident into an assault and left the victim with serious injuries. Such unwarranted violence should never be a response to a dispute, making today’s prison sentence appropriate and just.”

The Acting District Attorney identified the defendant as Damian Bailey, 36, of Jamaica, Queens. He was sentenced today by Brooklyn Supreme Court Justice Matthew Sciarrino to three years in prison and three years’ post-release supervision following his conviction last month for second-degree assault after a jury trial.

The Acting District Attorney said that, according to testimony, on March 20, 2016, at about 12 noon, in the vicinity of 98 Flatbush Avenue in Downtown Brooklyn, the defendant was driving a dollar van when he struck a Fresh Direct delivery truck, driven by a 23-year-old man. The two motorists exited their vehicles and engaged in an argument.

The victim was taken to Methodist Hospital. He suffered three broken vertebrae to his spine and bruises to his shoulder and knee.