Since the hit-and-run death of DJ Jinx Paul of 97.9 La Mega station, the Brooklyn City Council has announced a new bill called Amber Alert-style, where the city would send alerts with information about cars that hit someone and flee the scene by e-mail, text and through the media.

Acting Brooklyn District Attorney Eric Gonzalez stated to the Brooklyn public that a 28-year-old man was indicted for leaving the scene of an incident with death and tampering with evidence in connection with the 2016 hit-and-run death of DJ Jinx Paul of 97.9 La Mega.

Acting District Attorney Gonzalez said, “Instead of calling an ambulance or offering aid, this defendant heartlessly left the scene after allegedly striking and killing a beloved member of the community known to many as DJ Jinx Paul. After an exhaustive and extensive investigation a grand jury has now charged him in connection with this crime and we will seek to hold him accountable. I am determined to keep our streets safe for all pedestrians, bicyclists and drivers.”

The Acting District Attorney identified the defendant as Kevin Ozorio, 28, of Manhattan. He was arraigned on November 9, 2017, before Brooklyn Supreme Court Justice Danny Chun on an indictment in which he is charged with leaving the scene of an incident with a death and tampering with evidence. He was ordered held on bail of $20,000 bond or $7,500 cash and to return to court on January 10, 2018. He faces up to seven years in prison if convicted of the top charge.

The Acting District Attorney said that, according to the investigation, on December 19, 2016, at approximately 4 a.m., the defendant was behind the wheel of a 2010 Honda Accord in the vicinity of Jamaica Avenue and Sheffield Avenue in East New York, Brooklyn. The vehicle struck Jean Paul Guerrero, a.k.a., DJ Paul Jinx, 39, as he was crossing Jamaica Avenue and left the scene. A passing motorist called 911. The victim was taken to Brookdale Hospital, where he was pronounced dead.

The defendant was captured on surveillance video driving his vehicle in the vicinity of the incident, according to the investigation, and allegedly brought his car to a body shop later that day to repair a shattered windshield.

The indictment follows a lengthy investigation by the New York City Police Department and the DA’s office.

An indictment is an accusatory instrument and not proof of a defendant’s guilt. 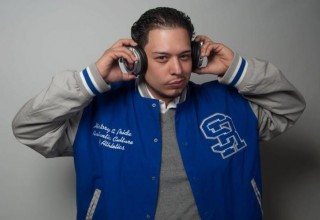